Cambodia finally ended the match in Group A with a 2-1 win over Saudi Arabia to stand top of the group ranking. Cambodian teams will continue to meet the second-placed Group B, Oman in the playoff.
Doubles Match player Bun Kenny and Mam phalkoun defeated Al Saad Fahad and Alhogbani Ammar 6-4, 6.

This Saturday afternoon 8 Apr 2017
Cambodia Vs Oman
While the No. 1 Group B
Singapore Vs Saudi Arabia
The winning team tournament will receive a seat to play in Group III of the qualifying tournament in the Davis Cup Asia / Oceania. 6 Apr 2017
GL FINANCE Plc. paced another forward step with Siam Kubota Dealers Meng Sokha in Kampong Thom to provide financial leasing service on Kubota Walking Tractor (a set of Kubota diesel engine and Tra Chang power tiller).
These are the 5th Kubota Dealer that cooperate with GLF after
Kubota Seng Touch in Preah Vihea
Kubota Seng Huy in Kampong Speu
Kubota Phalla Rithy in Kampong Chhnang
Kubota Tan Long Chea in Kampong Thom.
And it will be expanded more to other provinces over the country soon.This is also a good news for our farmer who are in need of Kubota Walking Tractor to improve their lives through higher productivity of their farming. The customer makes advance payment only 10% to get a brand new Kubota Walking Tractor in 24 hours.
For more information please contact: 096 60 60 6666 After cruising to an opening day victory over Myanmar, Cambodia found the going tougher on the second day of play in Isa Town, Bahrain – but its efforts were rewarded with a 2-1 victory over Kyrgyzstan and a place atop Pool A going into day three.

Phalkun Mam breezed past Farhad Urumbaev 62 61 to put Cambodia in front but Kyrgyzstan’s Evgeniy Babak defeated Sarith Our 75 62 to level for the 11th seeds. Kenny Bun and Mam then pinched the victory with a three-set win in the decisive doubles.

As a result, Cambodia has now recorded two wins in a Davis Cup Zone Group event for the first time in three years.
News :Sabay.com Davis Cup 2017 campaign in Bahrain. Cambodia will be joining 10 other countries

In early April, tennis Federation of Cambodia have sent 4 of its players to play in Asia-Oceania championship in group 4 in the Davis Cup 2017 that will be hold on 03-08-Apr-17 in Isa Town, Baren. There are 11 countries in the competition including : hosting Baren, Bangladesh, Iraq, Kyrgyzstan, Mongolia, Myanmar, Oman, Saudi Arabia, Singapore, Tajikistan, and Cambodia.
Cambodian people as well as GL Finance Plc. believe that Cambodian tennis players who are getting supported from GL FINANCE Plc. would bring achievement for their country.
Please join together to support our players that try their best for our country. 30 March 2017
GL FINANCE Plc. paced another forward step with Siam Kubota Dealers Seng Touch in Preah Vihea to provide financial leasing service on Kubota Walking Tractor (a set of Kubota diesel engine and Tra Chang power tiller).
This is the 4th Kubota Dealer that cooperate with GLF after Kubota Seng Huy in Kampong Speu, Kubota Phalla Rithy in Kampong Chhnang, and Kubota Tan Long Chea in Kampong Thom.
And it will be expanded more to other provinces over the country soon.This is also a good news for our farmer who are in need of Kubota Walking Tractor to improve their lives through higher productivity of their farming.The customer makes advance payment only 10% to get a brand new Kubota Walking Tractor in 24 hours.
For more information please contact: 096 60 60 6666 The senior management of SET-listed digital finance firm Group Lease Public Company Limited (GL) has given assurance that the 3,477 million baht worth of loans and accrued interests as at the end of 2016 were extended to GL’s trusted long-time partners who are dealers in various products and services for which GL provides financing to end consumers.

“These are loans given to the dealers of motorcycles, agricultural machineries, solar panels and various electrical appliances. Many of them are our business partners who have also become our shareholders. They are trust-worthy,” GL chairman and chief executive officer Mitsuji Konoshita stated today (March 6, 2017).

He added: “What I care most is the relationship with our clients; we need to know the nature and requirements of their business. In this sense, it is perfectly reasonable and we are quite comfortable to extend the SME loans since most of our dealers have more than 3 years of relationship with us in leasing and other financing services.”

Mr. Konoshita issued the statement after some investors have raised concern about the transparency in the dealings following remarks by GL’s auditor in the 2016 financial statements. The statements referred to the loans and accrued interests in question which were extended to two groups of borrowers in Singapore and Cyprus who used a combination of GL shares and other assets such as real estate in Cyprus and Brazil plus government bonds as collateral.

The concern which circulated within some VI (value investors) circles was believed to be one of the factors behind the steep declines of GL share prices in recent days.

GL has been expanding aggressively from its home base in Thailand to neighboring countries in Asia by adopting its highly efficient and low-cost digital finance platform to extend leasing services to large number of grassroots borrowers. On top of that, the company has also expanded its lending portfolios to cover the small and medium-sized dealers who supply the various products and services to the end consumers.

Loans to these SME dealers have helped boost the company’s profitability in recent years. The most recent financial results showed GL making a record-high profit of 1,062 million baht last year, which represents a whopping 82.34% increase from the year before.

Referring to another part of the auditor’s remarks about the “extension” of the repayment period of the SME loans, Mr. Konoshita stated that the loans were initially given on a three-month rollover period over one-year maturity. After the company became fully satisfied with the borrowers’ credit worthiness, then the repayment term would be extended to one-year rollover period over total 3-year maturity.

As for the question on why the transactions were done in Singapore and Cyprus, Mr. Konoshita said it was because the tax regimes in the two countries are favorable for such deals.

According to NBC’s Official Facebook Page, the purpose of the program is to provide education on financial knowledge to Cambodian children age 8 to 12. Held at Daun Penh Primary School, the “Let’s Talk Money” program was also presided over by H.E Neav Chanthana, Deputy Governor of NBC and participated from Dr. Mok Sarom, Deputy Director General of Education and representative of Ministry of Education, Youth and Sports. Moreover, there were also another 400 participants including representatives from banks and financial institutions, development partners, teachers and students welcomed to the event as well.

The contribution of GLF supports the training on the financial knowledge to children who are the next generation of Cambodia as they are the main manpower for the country to develop its finance sector along with the company. In addition, it helps them to have a precise understanding on the importance of an efficient cash management. It should be also noted that GLF’s vision is to become one and only rural area dominator in providing financial leasing services in Cambodia. 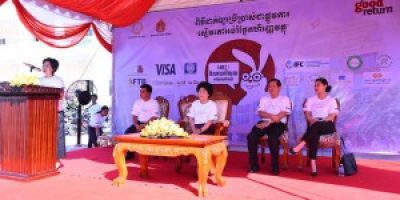 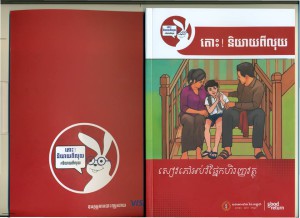 Cyprus has been chosen as the springboard for GL’s global expansion because of its strategic location; it is a member of the European Union (EU) which is well known for its favorable taxation, legal and financial regimes making it ideal for GL to use as a center to raise funds and expand globally.

The strategic plan on global expansion came after GL has achieved historical-high profits of 1,062.82 million baht in 2016, which represents a whopping 82.34% increase from the year before. GL today (Feb 28) reported its 2016 audited financial statements to the SET, which were exactly the same as the unaudited numbers filed earlier.

“Our record-high profits, low D/E ratio of only one time and healthy balance sheets will help sustain our expansion globally,” GL chairman and chief executive officer Mitsuji Konoshita stated. The new expansion to Latin American is on top of earlier plans to expand to African and Eastern European countries.

Mr. Konoshita disclosed that GL has recently received a US$30 million credit line from one of the biggest banks in Brazil which can be used to support mergers and acquisitions or other financial services in Brazil or other countries in Latin America when the opportunities arise.

The flurry of overseas corporate activities underscore GL’s aggressive strategies to elevate itself into a world-class company after it has successfully expanded from its Thailand base into six other Asian countries namely Singapore, Cambodia, Laos, Myanmar, Indonesia and Sri Lanka.

Mr. Konoshita noted that GL has extended short-term investments and advisory services in Cyprus over the past two years on a trial basis before finally deciding to set up the new company there. “Now we are sure that Cyprus is the best place to do financial and investment services and even to raise funds globally to support our operations,” he stated.

Cyprus is a part of the European Union (EU) and the country is well-known as a center for the extension of investments and financial services into Eastern Europe and Africa because of its efficient taxation and legal regimes as well as favorable tax treaties with a lot of countries all over the world.

“We have decided to establish the investment and financial services company in Cyprus to accelerate our expansion into Eastern Europe and Africa as we have been contacted by many companies in those countries for collaboration in finance, leasing and micro finance services,” Mr. Konoshita stated.

He added that the Cyprus company will be set up shortly with an initial capitalization of about US$ 2-3 million.